CES 2023 was a successful return to form for the world’s biggest consumer electronics show after two difficult years. The time away has clearly changed the vibe of the show, which is a tad less glamorous than before. Some companies shifted to new locations, or to smaller booths, giving scrappy upstarts a chance to grab the spotlight.

The metaverse has a good show 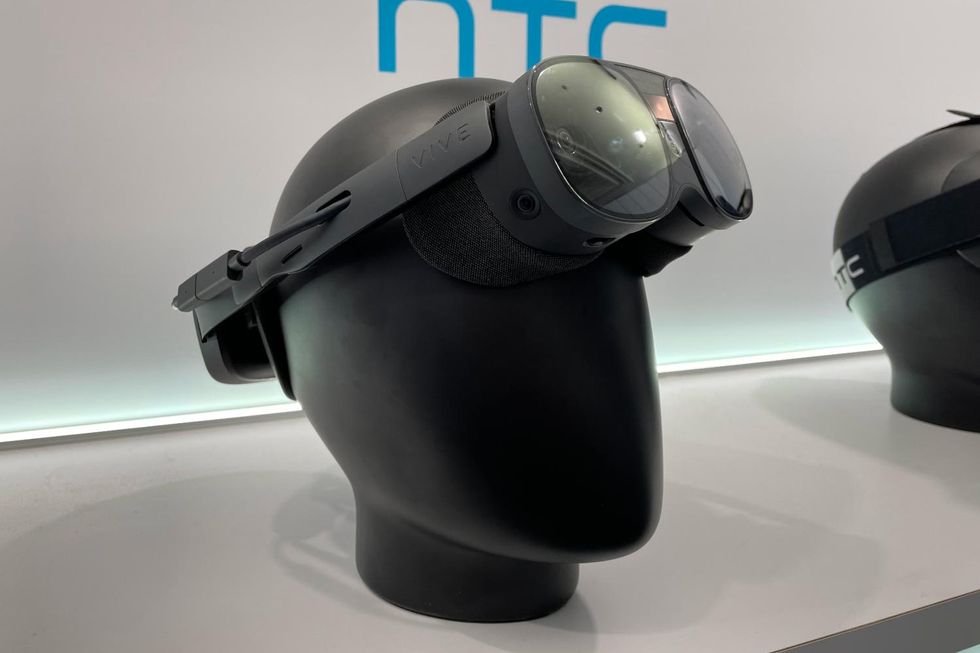 In an ironic twist, CES 2023’s grand return to in-person gathering was marked by technologies that could make such gatherings obsolete.

The most impressive was HTC’s Vive XR Elite, a $1,099 mixed reality headset that weigh just 625 grams with battery and less than 300 grams without. My demo of the headset left me impressed; it offers the fidelity of a great VR headset with mixed-reality video passthrough, all in headset smaller than the Meta Quest 2.

HTC’s excellent headset was flanked by dozens of smaller announcements and demos. Magic Leap was present, showing the Magic Leap 2 (which released in September 2022). And the show floor was filled with impressive accessories for AR/VR headsets, such as Owo’s Haptic Suit. This $425 device looks like an athletic shirt but contains 30 electrical contact patches to create virtual sensations like skydiving or a dagger wound. It’s not for everyone, I’d wager, but the range of effects is remarkable for such thin, lightweight suit. 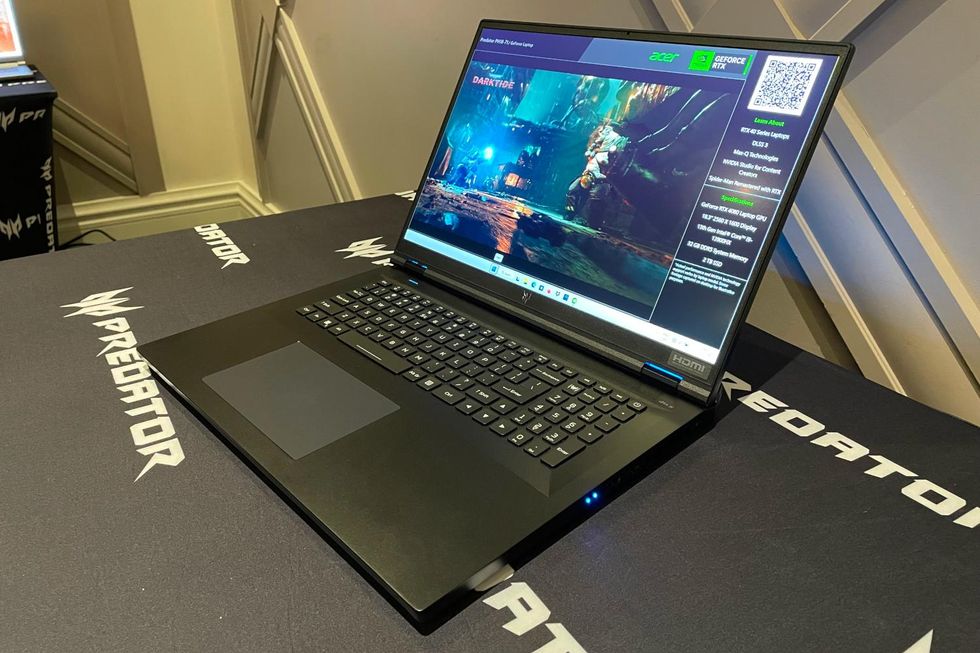 The Acer Predator Helios 18 (as in 18-inch display) is one of several powerful—and huge—laptops shown at CES 2023.Matthew S. Smith

AI tech weaves its way through everything 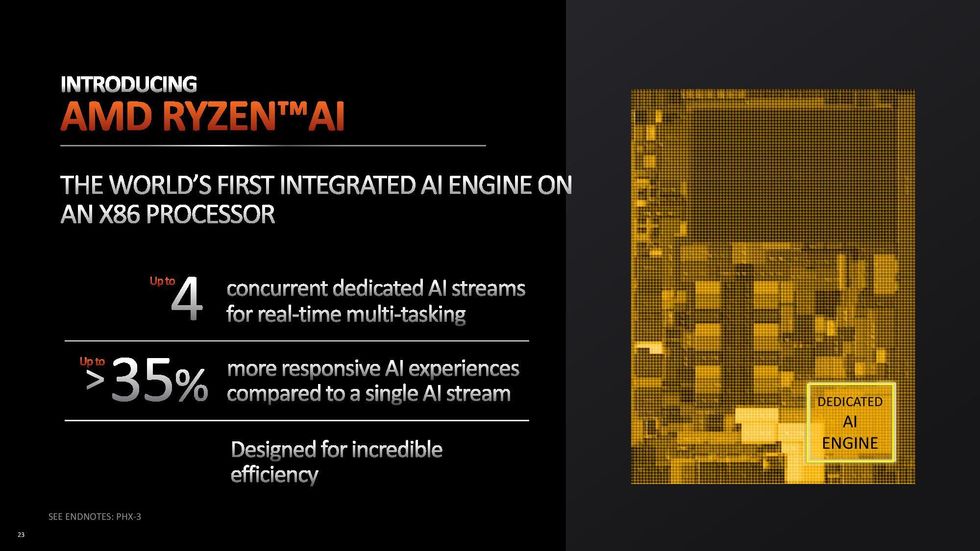 AMD’s Ryzen AI processor was announced with support for Microsoft’s Studio Effects, a set of web conferencing filters and features. It includes eye correction, which uses AI to make it appear as if you’re looking towards the camera even when you’re not. Nvidia showed a similar feature in its own Nvidia Broadcast software.

The show also debuted new text-to-speech and translation apps, an app that uses NeRF to 3D scan objects from smartphone phones and video, and more. IEEE Spectrum’s tour of the show’s AI tech has the details. 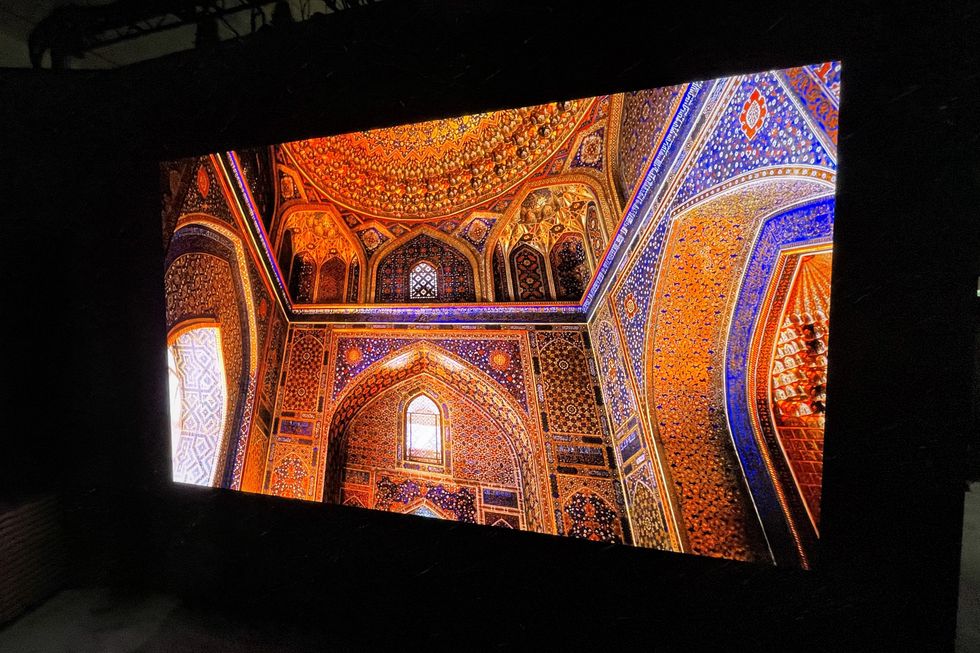 Samsung remained committed to pushing 8K televisions at CES 2023. Samsung showed its newest NEO QLED 8K displays, including Micro-LED displays up to 140 inches. LG took a different approach, highlighting a 97-inch 4K OLED television with a surprise twist: it’s wire-free (aside from the power cord), with video beamed to the display from a device roughly the size of a shoebox.

But it’s arguably computer displays that saw the most practical innovation. LG showed off the LG Ultragear OLED gaming monitor, the first 27-inch OLED monitor under $1,000, and a 42-inch OLED monitor that can flex between flat and curved with the touch of a button. Samsung doubled down on its super-ultrawide displays, bringing new 49-inch QD-OLED and 57-inch Mini-LED monitors.

Asus brought a glasses-free 3D OLED laptop display called Spatial Vision. It’s similar to Acer’s SpatialLabs but with an OLED panel instead of LCD, delivering better contrast and depth. The 3D effect is convincing and easier on the eyes than past incarnations.

A solar-powered car tries to shake up EVs 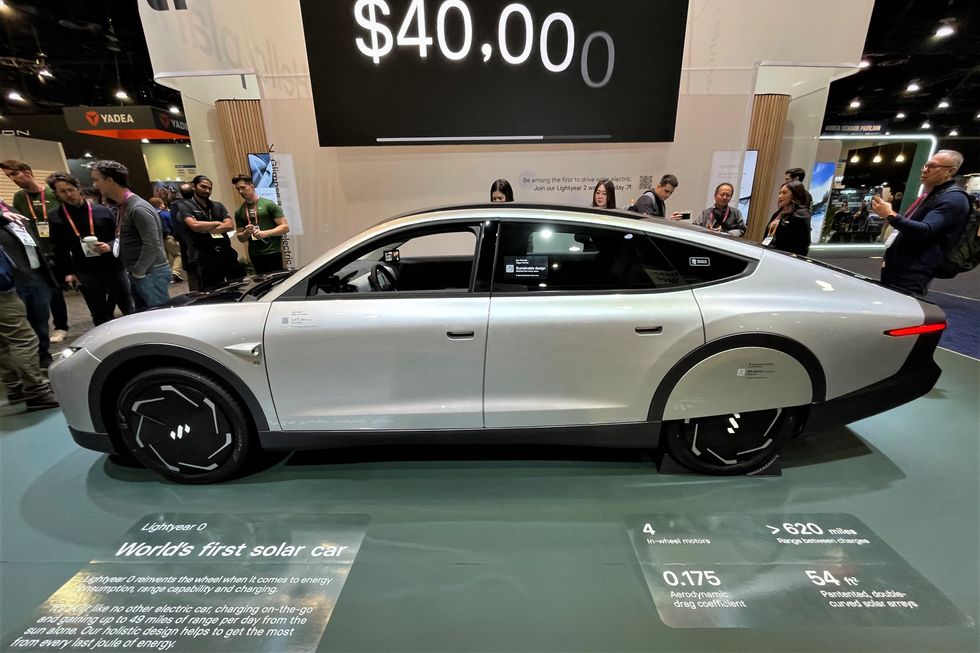 The Lightyear 2 is a solar-powered car promised to sell under $40,000.Matthew S. Smith

Lightyear is an electric car company that wants to charge its electric vehicles using the most readily available, powerful, and renewable power source in our solar system: the sun.

The came to CES 2022 to talk about the Lightyear 2, a revision of the European original built for global domination. It promises up to 500 miles of range on long journeys and nearly unlimited mileage for short, daily trips. Solar power is delivered by a tip-to-tail array of solar panels that line the hood, roof, and trunk.

Lightyear is taking pre-orders for the Lightyear 2. Pricing is not yet set but promised to limbo under $40,000, with production starting in 2025.

While other automotive concepts go all-in on in-cabin tech


NVIDIA GeForce NOW is coming to cars from Hyundai, BYD, and Polestar.

The star was Sony and Honda’s collaboration, Afeela, which promises a driving and interior experience connected to over 40 sensors that monitor every aspect of the driving experience. Drivers interact with a massive in-car entertainment system that will use Epic Games’ Unreal Engine 5 for eye-catching visual fidelity.

Afeela wasn’t alone. LG showed off a 57-inch LCD panel designed to span the width of a car’s dashboard. And, in another gaming crossover, Nvidia announced its cloud game streaming service, GeForce Now, will come to select cars from Hyundai, Polestar, and BYD.

Samsung revealed the new SmartThings Station, a tiny smart home hub about the size of a deck of playing cards. It doubles as a wireless smartphone charger and provides support for the Matter and Thread smart home standards. Coming at just US $59.99 in February, it’s significantly less expensive than many prior smart home hubs. 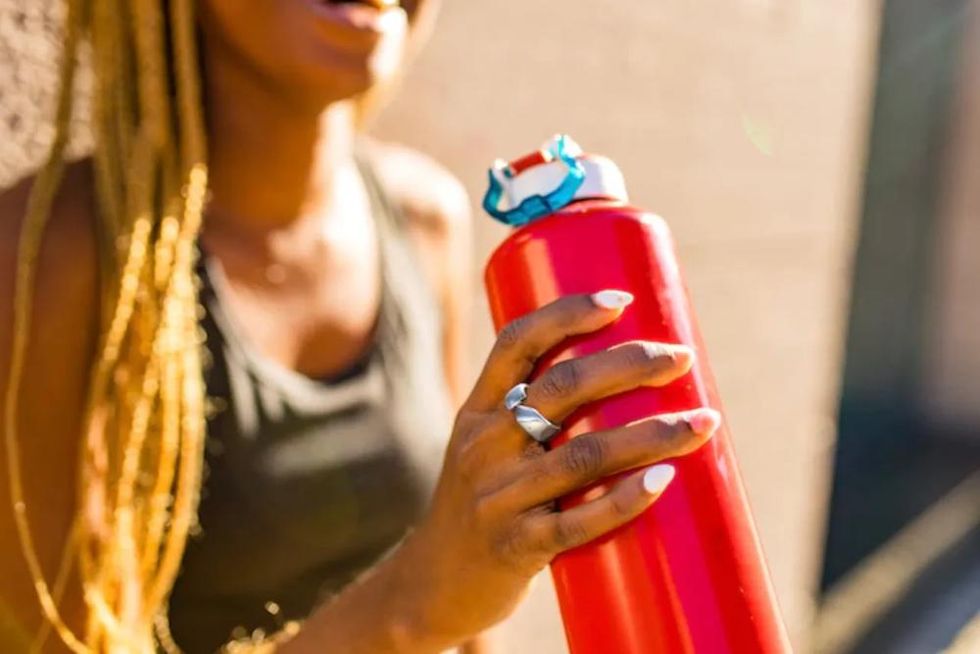 The Citizen CZ Smart brings space-age tech to your wrist. It uses IBM’s Watson platform to power AI that decides ideal times for the wearer to sleep and wake—creating a score that monitors the user’s alertness. As the watch collects data it will recommend “Power Fixes” to reduce fatigue.

Evie Ring, a smart ring focused on women’s health, was another standout wearable. Though much smaller than a watch, the ring can monitor heart rate and variability, menstrual and ovulation cycles, sleep stages, skin temperature, and oxygen saturation. Movano plans to seek FDA approval as a licensed pulse oximeter.

Last, but not least was the debut of inexpensive, over-the-counter hearing aids. The most affordable was JLab’s OTC Hearing Aid, which is priced at just $99. This is sure to send shockwaves through the hearing aid industry. Prescription hearing aids are often priced in the thousands and even competing OTC hearing aids, like the Sony CRE-C10 and Jabra Enhance Plus (also shown at CES 2023), are well over $500.

The Consumer Electronics Show isn’t the same as before, and I’d bet its attendance is well off the highs of CES 2020. Despite that, the show is arguably among the more alluring of recent years, with major reveals made in automotive, display, and wearable health devices. So despite such minor misgivings, make no mistake: CES is as relevant, and exciting, as ever.